Public awareness campaigns help to educate the public about specific issues. They can bring issues to the forefront of dialogue, alter social consciousness, and encourage people to change their actions. Public awareness campaigns on domestic violence aim to educate community members about the prevalence of abuse, encourage people to take action to promote social change, and alert survivors to the options and resources that are available to them. 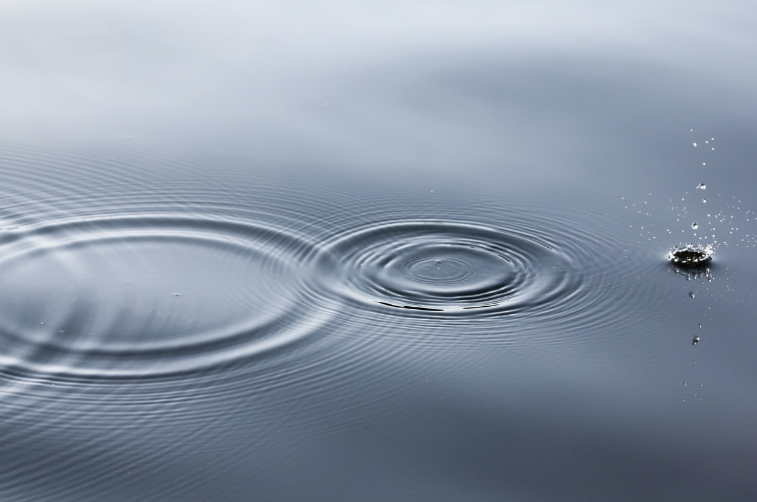 We encourage campaigns year round, however Domestic Violence Awareness Month (DVAM) is the perfect opportunity to develop and launch a public awareness campaign on domestic violence. Awareness campaigns can be linked with an organization's DVAM activities, span the entire year, or last for several years. They can range in complexity from large budget, national campaigns encouraging a specific segment of the population to get involved in domestic violence prevention, to small budget campaigns that highlight a local hotline number.

Whatever the campaign, it may be helpful to join forces with other anti-violence advocates, allied movements, and community-based organizations in order to reach more people and have a greater impact on public opinion. Forming a coalition to launch a campaign or joining an existing coalition's campaign can provide advocates with resources that they otherwise might not be able to develop or access on their own.

Provided below are descriptions and resource information for various campaigns designed to raise public awareness of domestic violence. These campaigns were designed to be used and adapted throughout the years in communities across the states, tribal nations and territories. Many of these campaigns use social media to quickly and widely disseminate information, challenge and change community perceptions about domestic violence, and allow opportunities for repeated viewing and distribution.

No matter the design, these campaigns continue to represent community-wide grassroots efforts to bring concerned individuals, families, neighbors, co-workers, businesses, public officials and many others together to end abuse.

The #1Thing message builds off of the Awareness + Action = Social Change campaign idea that to accomplish real social transformation, we must incorporate concrete action steps that individuals, families, communities, and institutions can take. So with one thing we want to focus on change making and the idea that it can start small and doesn't have to be overwhelming. Everyone plays a role in creating the world we want to live in and when each commit to doing just one thing, the collective power of our actions can create real social transformation. Change can start with just #1Thing. Visit the Current Campaign page to learn more.

The equation “Awareness + Action = Social Change” calls on communities to be an active part of ending gender-based violence. This message introduces a prevention component to domestic violence awareness efforts, emphasizing that to accomplish real social transformation, we must incorporate concrete action steps that individuals, families, communities, and institutions can take to promote safe, healthy, and thriving environments for all. Learn more here.

Physical violence is just one of many tactics used to hurt, intimidate, frighten, and ultimately control an intimate partner, but our systems are designed to respond specifically to cases involving physical assault, or to treat these cases as more legitimate or dire than others. Recognizing domestic violence is critical if we are to take action to address and prevent it. In 2016, the National Resource Center on Domestic Violence launched the #ThisIsDV social media campaign to elevate the voices of survivors to help validate and name their experiences and raise awareness about the multifaceted nature of domestic violence.

Since the first Domestic Violence Awareness Month (DVAM) was observed in October 1987, these three themes remain a key focus of DVAM events: mourning those who have died because of domestic violence, celebrating those who have survived, and connecting those who work to end violence. Recognizing the historic importance of these themes, the National Resource Center on Domestic Violence has developed artwork to support advocates and community organizers as they incorporate this powerful message into their events and awareness efforts. See more artwork from this campaign here.

In addition to the demonstration of support for victims and advocates, the display of purple ribbons throughout a community conveys a powerful message that there's no place for domestic violence in the homes, neighborhoods, workplaces or schools of its citizens.

The Clothesline Project originated with 31 shirts in Hyannis, Massachusetts in 1990 through the Cape Cod Women's Agenda. A small group of women, many of whom had experienced violence in their own lives, designed the visual monument to help transform staggering statistics about violence against women and children into a powerful educational and healing tool. They decided to use a clothesline after discussing how many women in close-knit neighborhoods have traditionally exchanged information over backyard fences while hanging laundry out to dry. Learn more about the Clothesline Project.

In 1990, a group of women artists and writers, alarmed by the growing number of women in Minnesota being murdered by their partners or acquaintances, felt an urgency to do something that would speak out against the escalating domestic violence in their state. To commemorate the lives of the 26 women who had been murdered that year as a result of domestic violence, they created 26 free-standing, life-sized red wooden figures, each one bearing the name of a woman who once lived, worked, had neighbors, friends, family, children – whose life ended violently at the hands of a husband, ex-husband, partner, or acquaintance. A twenty-seventh figure was added to represent those uncounted women whose murders went unsolved or were erroneously ruled accidental. The organizers called the figures the "Silent Witnesses." Learn more about the Silent Witness Display.

The Gladys Ricart and Victims of Domestic Violence Memorial Walk began in 2001 to remember Gladys Ricart, a Dominican woman who was murdered on September 26, 1999 by her abusive former boyfriend on the day she was to marry her fiancé. As participating women have marched along in wedding dresses or in all white over the years, this event has mourned and memorialized the many other victims whose lives have been taken as a result of domestic violence-related incidents and raised awareness of the seriousness and horrors of family violence. Learn more about Brides March.

Empty Place at the Table 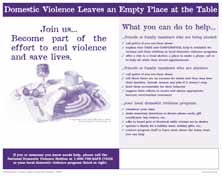 Data on intimate partner homicide provides a glaring picture of the magnitude and devastating toll that domestic violence can take. Domestic violence is a deadly crime that creates a painful void – a permanent empty place at the table – for families whose loved ones were killed at the hands of abusers. Organized in the 90s by the Women's Resource Center in Scranton, PA and in collaboration with the families and friends of victims, this unique exhibit comprises victims' place settings, photographs and personal items, such as a child's favorite toy or a woman's scarf, as well as newspaper clippings about the homicides. Learn more about Empty Place at the Table.

Light in the Window 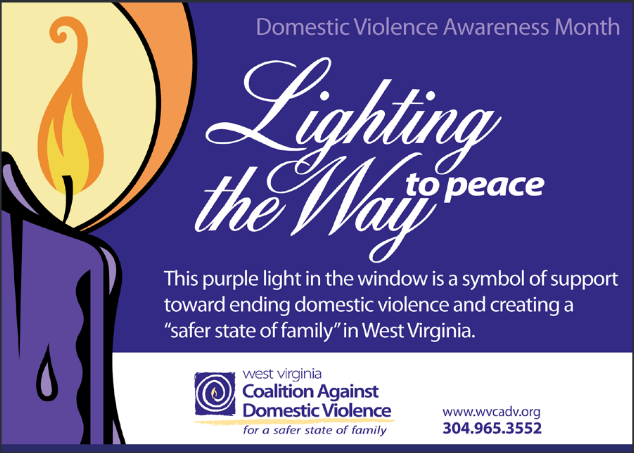 Observed annually throughout the month of October, the Light in the Window Campaign signifies community solidarity toward ending domestic violence across the state by organizing a widespread display of purple-lit, electric candles in the windows of residences, businesses, public buildings, schools/universities, hospitals, churches, etc. The campaign symbolizes communities’ concern in shedding light on the devastating effects of domestic violence and their unified commitment to make every home a safe home.

Despite its prevalence, there are still many people today who don’t want to admit domestic violence exists or even talk about it. Light in the Window Campaign provides an opportunity for friends, families and communities to discuss the context in which domestic violence occurs. Domestic violence is not limited to physical abuse; it encompasses numerous tactics that may include coercive behaviors to establish and maintain power and control, emotional and physiological manipulation, financial abuse, sexual assault and threatening to harm children, other loved ones or the family pet. Many injuries may not be easily visible.

The color purple used in this campaign is drawn from the purple ribbon, a traditional symbol of domestic violence awareness and remembrance. Light in the Window represents: 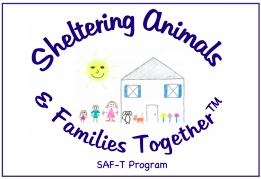 Held annually on the first Saturday in October, this national event allows shelters to raise funds to start or sustain an onsite pet housing program, increase awareness regarding the co-occurrence between animal abuse and domestic violence, and promote the need for safe housing for families fleeing abuse with pets. Participating domestic violence shelters organize their own dog walk and may charge a small fee for people to register for the walk. Visit Sheltering Animals & Families Together (SAF-T)’s website to learn more.

In 1995, Kimberly A. Collins wrote Remember My Name, a poem that has been used by Domestic Violence Awareness Month (DVAM) observances to memorialize victims that have lost their lives to the horrific epidemic of domestic violence. The theme of Remember My Name has been continued by many programs to one by one, call out the names of victims who have been killed due to domestic violence. Parts of the poem have been replicated on place cards with victims’ names, on favor bags to be given away at events, and as pieces of an honorary quilt or pledge wall, among others. Framed copies of the poem and prayer have also been given as gifts for those working to end violence against women and girls everywhere. Download the poem here.

Observed annually during Valentine’s Day weekend, the Baitul Salaam Network, Inc. spearheads this event. The purpose of this campaign is to bring more attention to survivors of domestic abuse, raise awareness of how serious abuse can become, and encourage activism amongst those within the Islamic community. Participants also commemorate the lives lost to domestic violence. 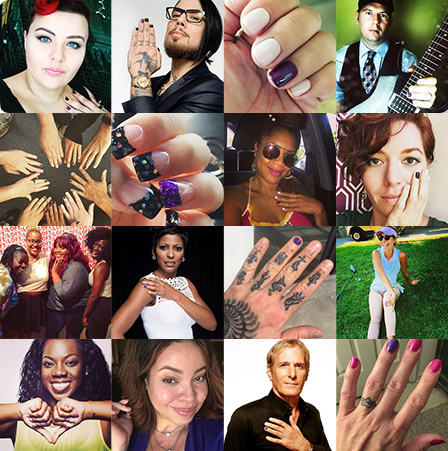 If you know of an educational and/or awareness initiative with a particular message/story and organizing element that can be shared widely and used repeatedly, contact us.