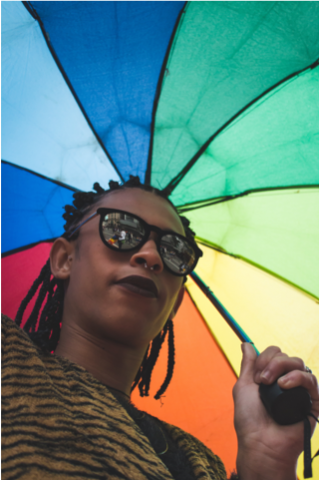 This Pride Month marks 50 years since the June 28, 1969 uprising at the Stonewall Inn, when patrons of the New York City gay bar resisted harassment and abuse during a police raid. Although Stonewall was far from the first time that LGBTQ communities fought back against discrimination, it served as catalyzing moment in the struggle for LGBTQ rights. And while we have made significant progress as a society in the decades that have passed since that night at the Stonewall Inn, much work remains.

LGBTQ communities continue to experience disproportionate rates of violence, harassment, and discrimination stemming from homophobia, transphobia, and intersecting forms of oppression. Transgender women of color, in particular, face harrowing rates of hate crimes and homicide in the United States. Additionally, reports such as National Intimate Partner and Sexual Violence Survey: 2010 Findings by Sexual Orientation, the 2015 U.S. Transgender Survey, and the National Transgender Discrimination Survey have all found that members of LGBTQ communities experience domestic and sexual violence at alarming rates, particularly when they hold additional marginalized identities, such as being a woman of color or an undocumented immigrant.

As we celebrate our beautiful and diverse LGBTQ communities this Pride Month, we also call for greater inclusion within the movement to end domestic and sexual violence and for increased access to services for LGBTQ survivors, particularly those most marginalized. Helpful resources for service providers looking to be more accessible, affirming, and culturally responsive to LGBTQ survivors include:

There is much work to be done. Increasing LGBTQ survivor access to domestic violence advocacy can start today. What is #1Thing you will do to support LGBTQ survivors this Pride Month?